A pipe in one of the wall heaters on the second floor of this elementary school froze and burst, causing some serious water damage to the ceiling tiles on the floor below. We sent out some of our trusted technicians to repair the damage. 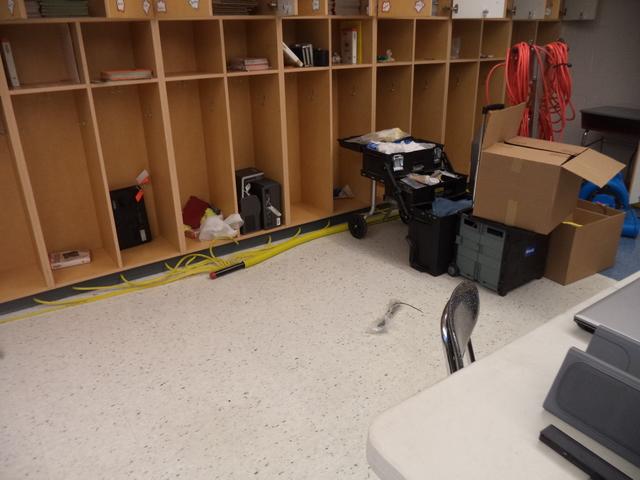 Pumping hot air into the walls to remove any moisture. 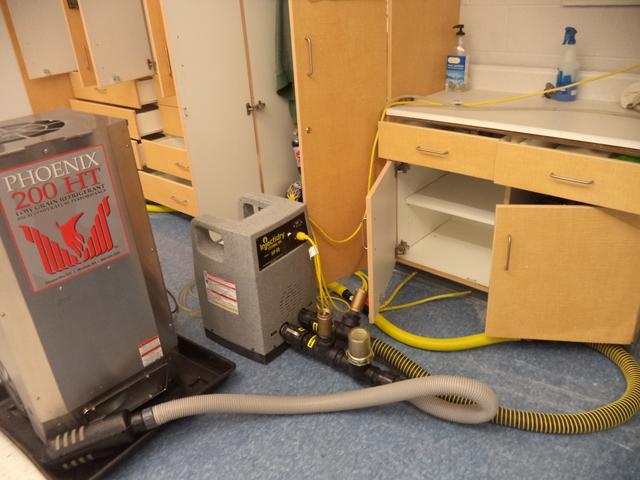 Using an injectidry to get moisture out of the walls and cabinets. 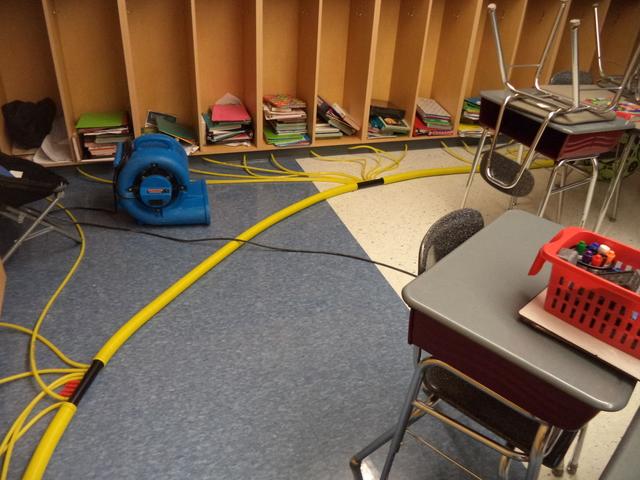 Removing moisture from the walls. 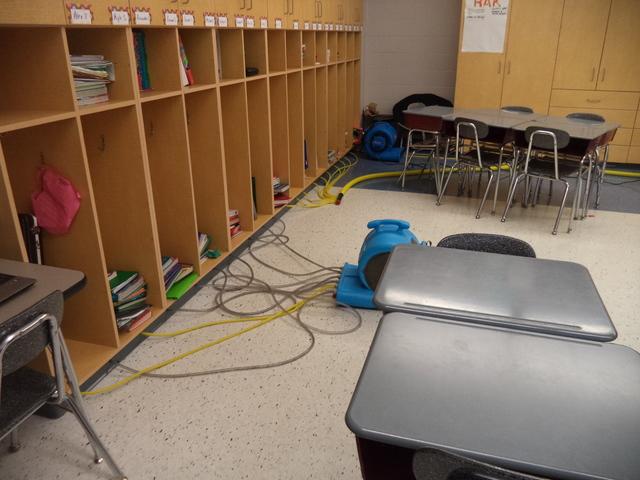 Drying out the walls. 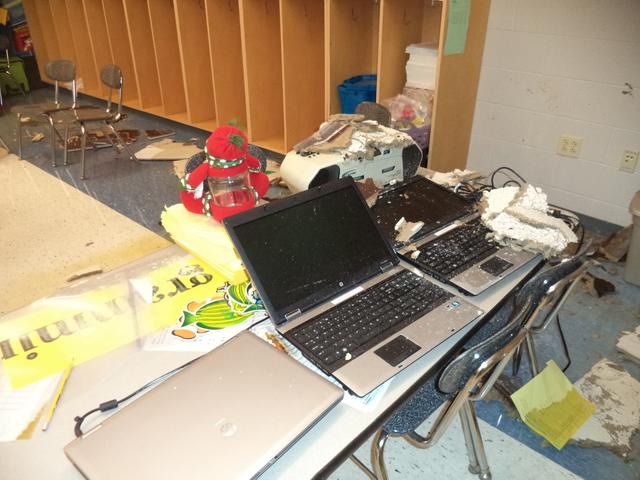 Debris all over computers, desks and ground. 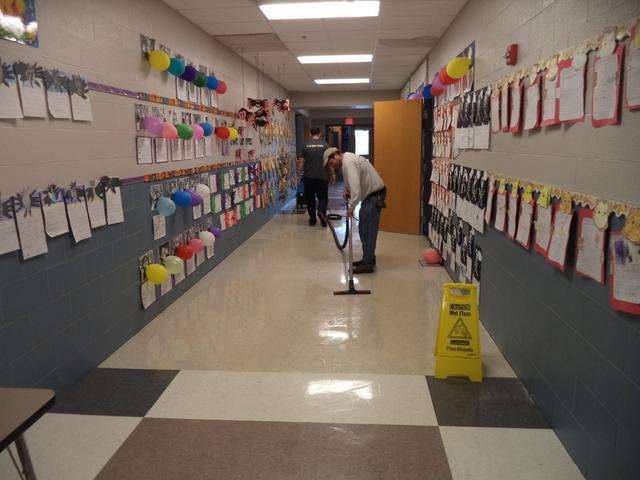 An Efficient Water Extraction by the expert RCS team

Extracting water from a hallway 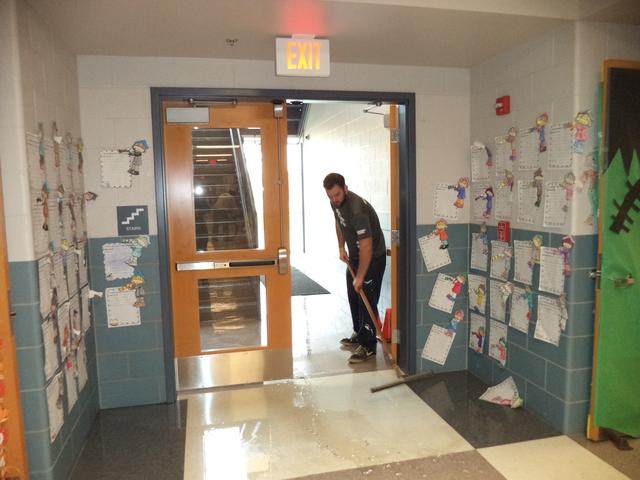 Removing water from the hallway and stairwell. 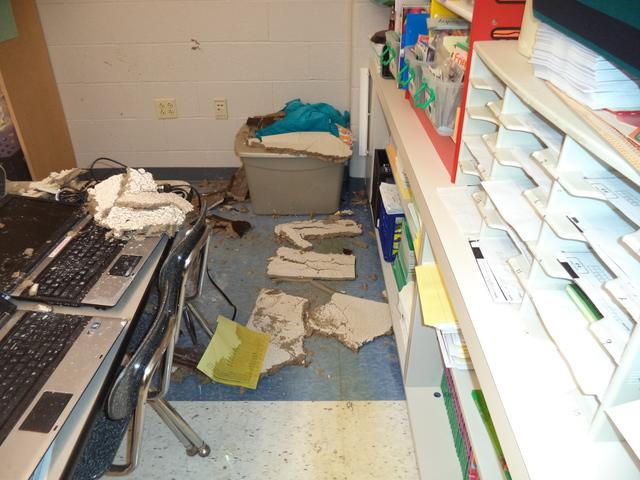 Water and debris all over the tile floor 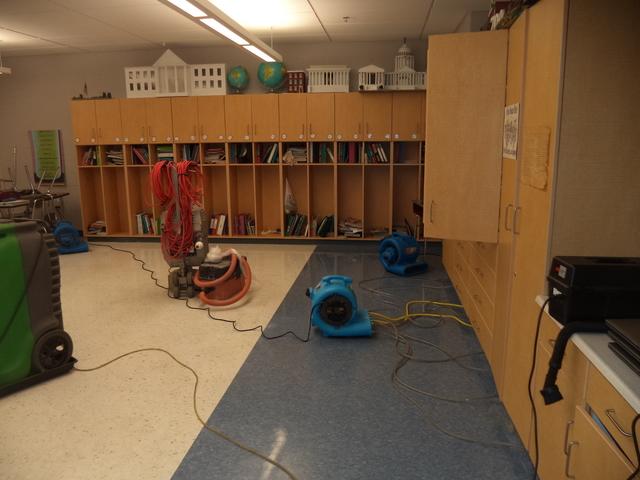 Removal of all trapped moisture

Using a dehumidifier and air movers to dry-out the room. 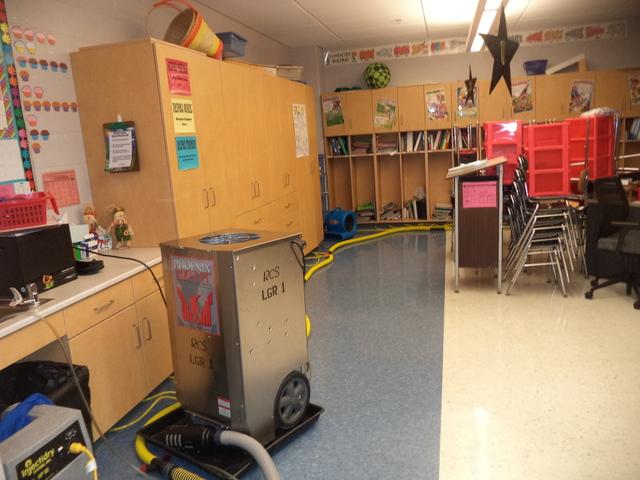 Another room during the dry-out. 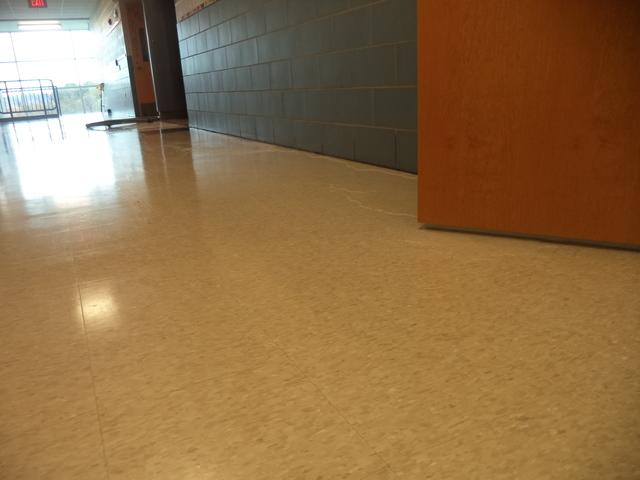 When the pipe burst, classrooms and hallways on the first floor were doused with water. 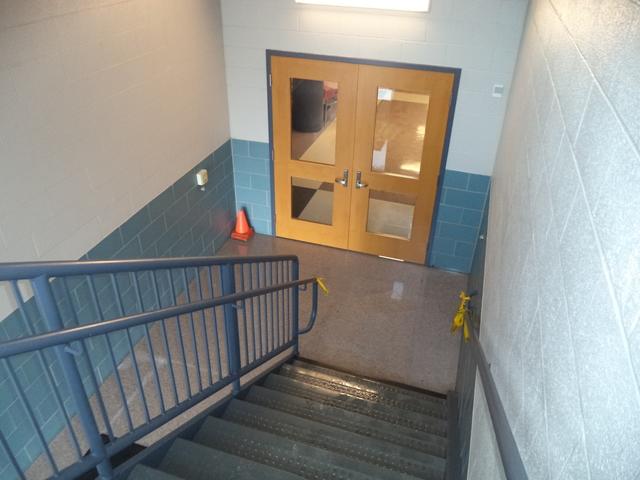 Water made its way down the main stair wells, as well as through the walls and ceilings. 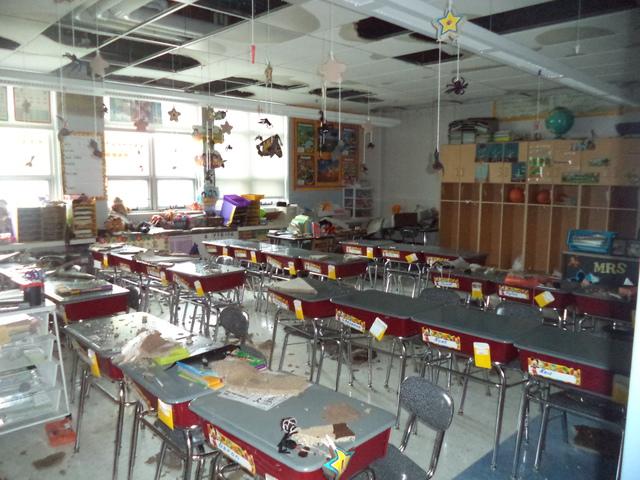 A lot of debris left behind

Water in the ceiling with collapsed ceiling tiles and debris in a classroom. 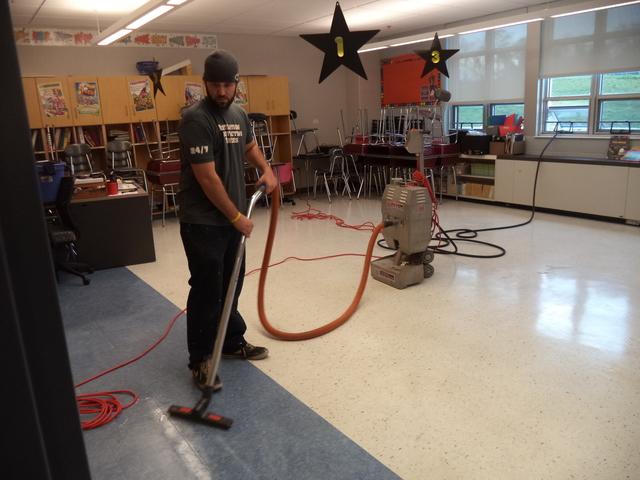 Each room was carefully inspected

Extracting water in another classroom. 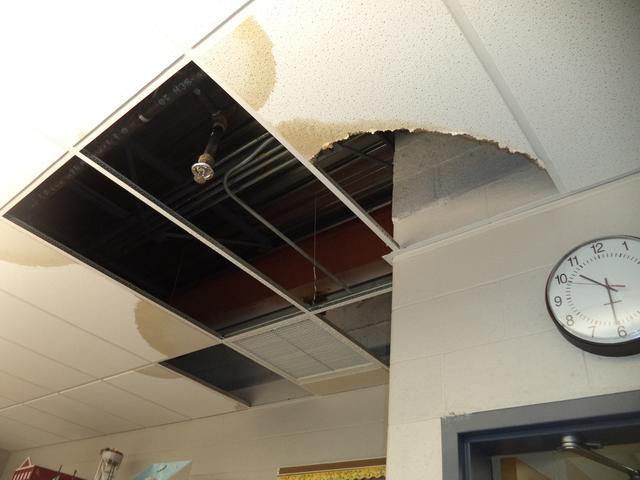 The First floor ceilings in this Plum, PA Elemtary school caved in due to extensive water damage. 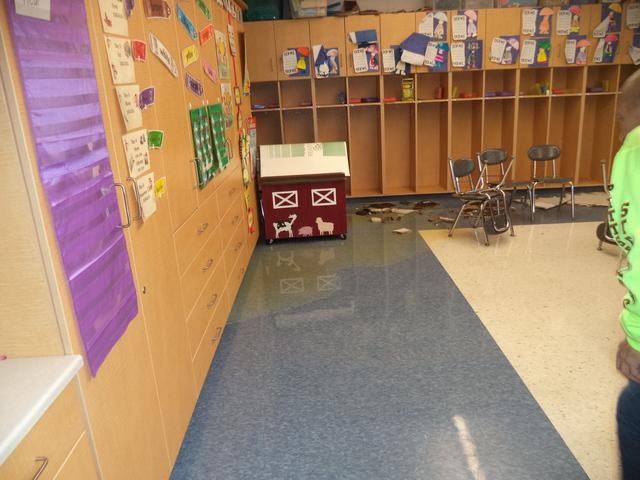 Puddles of water were all around 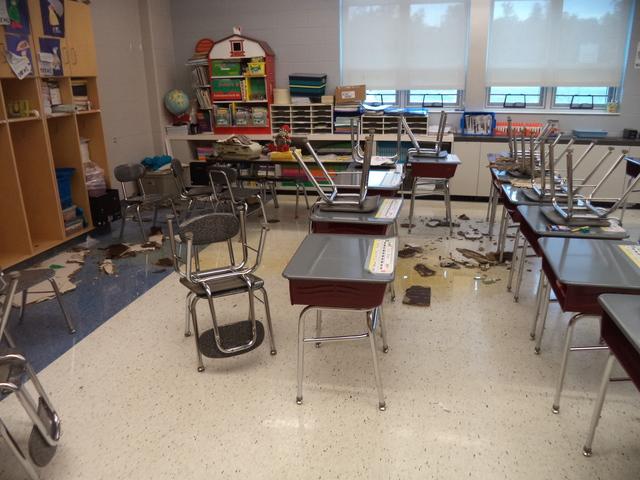 Trashed Classroom due to Water Damage

Water and ceiling debris in a classroom. 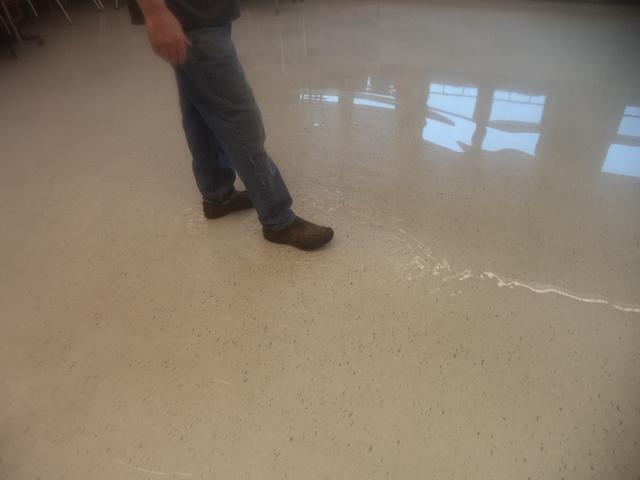 Layer of water on the ground. 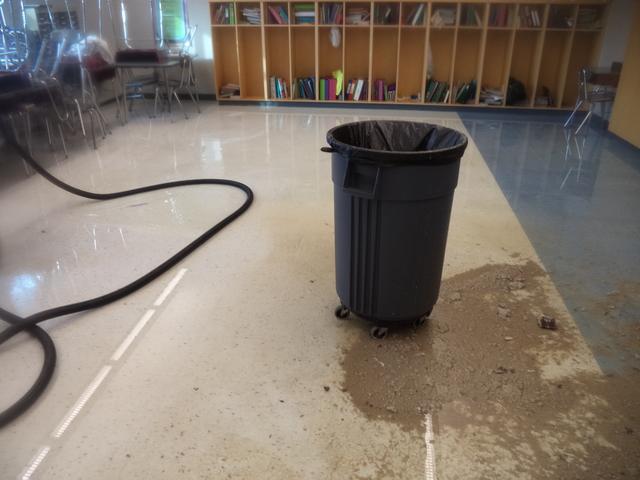 Time for Clean Up

Starting the clean up process 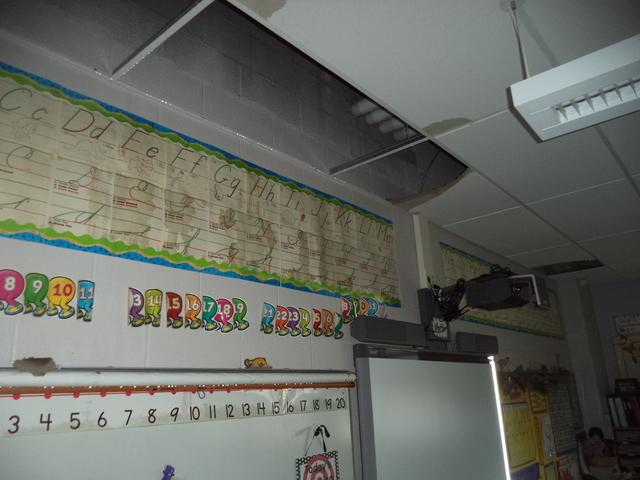 Water dripping down from the ceiling. 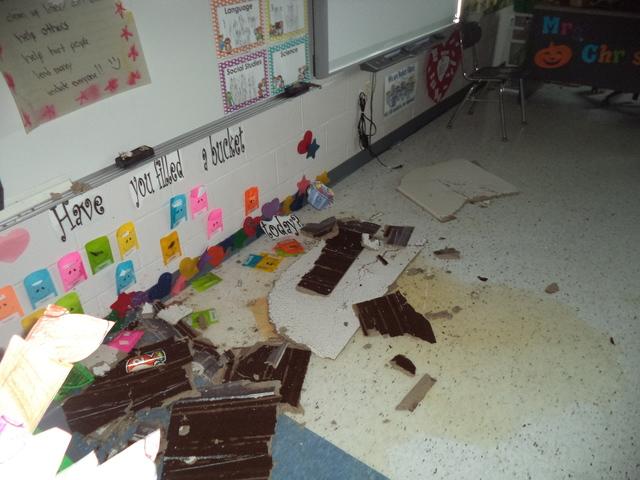 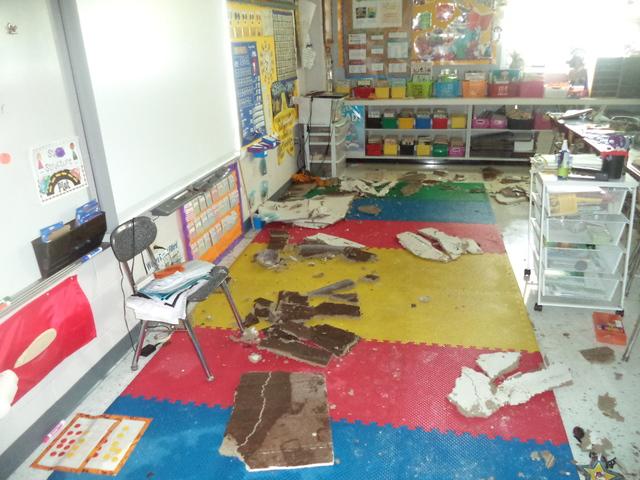 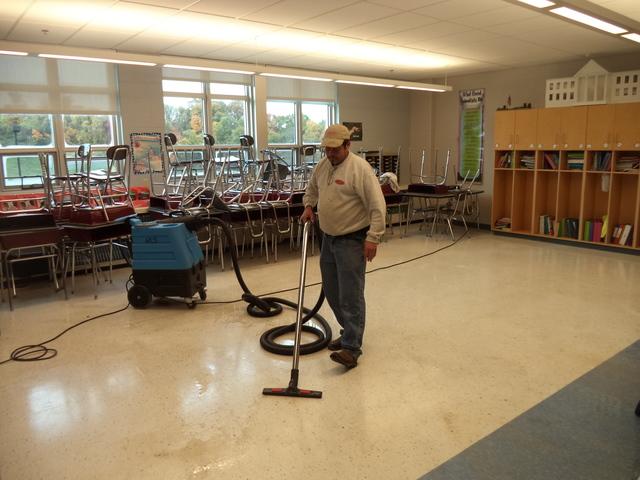 An Extractor helps to remove water

Sucking up the water with an extractor. 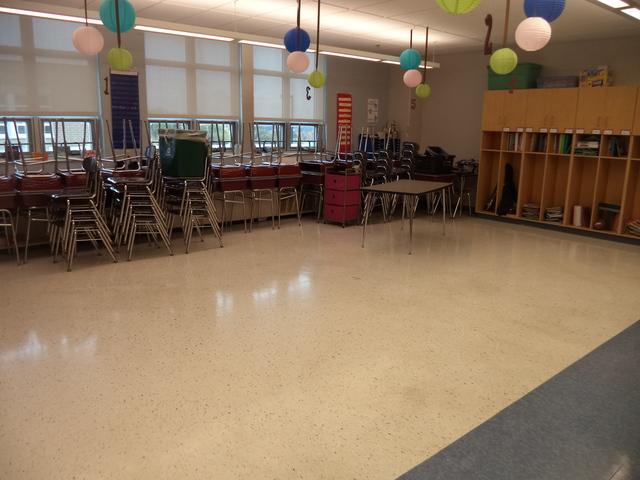 A job well done by RCS in Plum, PA

Room after the water was extracted.

Back to Previous Page